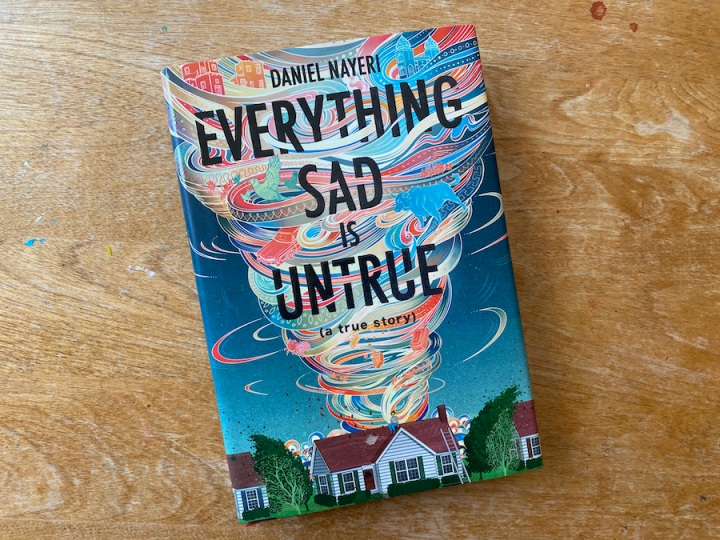 When I spotted Everything Sad is Untrue by Daniel Nayeri in nearly every “best of” YA list for 2020, I was first struck by the title. It’s a phrase I remembered from Tolkien, made especially poignant to me after the death of my son’s best friend. We’ve clung to these words through the darkest forests of grief, and they’ve brought us hope. And because I was completely mesmerized by The Stationery Shop by Marjan Kamali, I was excited to read another story with origins in Iran.

More like this: How to read “Pride and Prejudice” along with the BBC miniseries

Big picture overview: This is the author’s memoir, written as narrative non-fiction. He was born to a prominent family in Iran, escaped to Italy by way of Dubai where he and his sister lived as refugees with their mother, then immigrated to the United States—specifically, Oklahoma.

In Iran, he was Khosrou, the happy boy who lived in a beautiful house with birds in glass walls. His large family were happy and his childhood is littered with memories of good food and fascinating adults with colorful stories. In America, he is Daniel, because no one can pronounce Khosrou. He’s the weird kid with stories no one believes, an abusive step-dad, and a mom who’s faith literally cost her life as she knew it.

Nayeri’s storytelling is slow, like someone savoring their memories. The narrator is his 10-year-old self, and his experienced innocence draws you in. To him, the pain of his life is clear, but he is able to see the beauty, too—even through refugee settlements and the brutal, bullying of middle school in Oklahoma.

Then, about halfway through the book, Nayeri reveals that the reason they had to escape Iran with almost no warning is that his mother found Jesus. She, a pure descendant of the most righteous Muslim line, had converted to the most despicable of all faiths: Christianity. Her options were to identify members of the underground church where she worships, or be murdered.

More like this: The small joy of writing to your favorite author

Let me be clear: this is not a Christian book. And that’s what makes it so powerful.

I’ve worked in Christian book publishing for 21 years. I know what this book would have been if it had been published by a Christian publisher. It would have bent over backward to convince us that his mother “did the good thing” and that “God will honor her faithfulness.” There would be information about how you could help other women escape the tyranny of Iran, too.

But Nayeri spares us the lessons. He spares us the morals. He spares us the “it was all worth it” platitudes. He honors Iran, his Muslim heritage, and his mother’s passion. And as a Christian, I believe that makes this one of the most powerful testimonies of a person’s faith that I’ve ever read.

I’m not sure that was Nayeri’s goal with the book. I think he simply wanted to tell us about “the unstoppable woman,” her mom. The multi-lingual physician who finds herself in a new country, working the late-night shift and still unable to afford to buy her child a Twinkie. The woman who took a punch so hard it landed her in the hospital, then went home and cooked her children a meal that reminded them of their life before. 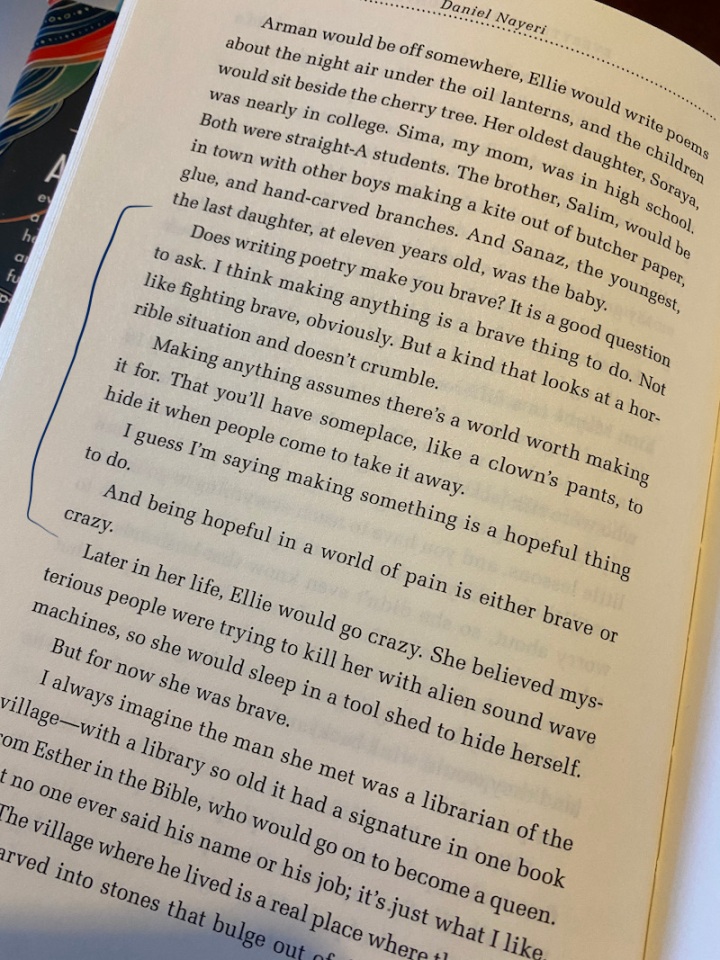 More like this: How much of our quality time do our kids really need?

One of the most important memories Daniel has is of his grandfather in Iran, butchering a cow. At the end of the book, he asks his mother about this memory, seeking confirmation that it was true. She tells him:

“Of course . . . He would have also made a feast,” she added. “But it would have been a sheep. He would have spilled the blood. You have to understand that means a blessing. It’s ancient. To step over the river of blood, to accept the sacrifice and be thankful. Then we could eat, only after we understand the cost of joy.”

The cost of joy. That is something we don’t seem to understand well, here in America. But this book was a beautiful, moving, tragic, and hopeful expression of it.

Kate writes today about the power this book has. It’s a remarkable story of loss, hope, and faith. Read the full review at the blog. Link in profile.
I have an inner struggle between wanting Christmas to be the most magical time of year and, well, reality. This little formula is helping my family figure out which Christmas activities and traditions we want to prioritize year after year. Visit spilledmilk.com to keep reading. -Kate
Just a reminder that my family study guide for A Christmas Carol is available for download on @thespilledmilkblog now! It’s designed for homeschool but is great for any family. It has the full manuscript of Dickens’s story along with discussion questions, recipes and more!
Some ideas for you that are healthier than rage-scrolling Twitter 😭😅